We have not moved very far over the winter, just enough to keep within the CRT guide lines.
We have chugged back and forth from Bratch Locks to Stourport.


We did plan to go on our winter pilgrimage to Snowdonia again in February but when I dragged the caravan out I found that the Santana had not done it much good and the gas locker had started to collapse. I did not want to tow it behind the Santana Landrover as that would have caused even more damage. I sold the Santana and  caravan and bought an affordable but rather tired VW camper and went away in that. While it is a very large van it makes a very small caravan and it took a bit of getting used to but it did the job and we had our week on Snowdonia. Unfortunately the clutch started to slip on the way and I was expecting to come back on the back of a lorry but it did make it with a bit of very gentile driving up the hills.


I have had the clutch changed and a few other maintenance jobs done and it is becoming a good usable vehicle. It is rather large to use as an every day vehicle and a bit small as a caravan. It is a compromise; that give us the worst of both but with advantages. The insurance is much the same as I was paying on the caravan and massively cheaper than the old Landrover. That is huge cash saving each year and I also feel that it is more likely to still be where I parked the next morning. Landrover are a major target for thieves; even though the Santana was not a Landrover as such, it was still very a target for the thieves. 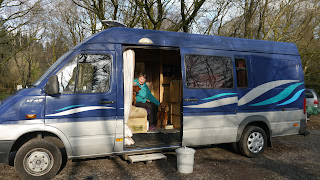 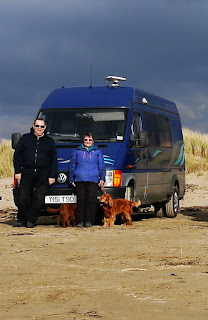 I have had plenty to do on the camper and it has kept me “entertained” over the last month. I have re-wired the habitation as it was in a very poor and dangerous condition. I have had to fit a diesel heater as it only had electric heating. There were plenty of other jobs to keep me amused. The daft thing is that I have done all of this work on it and will not be using it again until November as it is now time to break out of the Staffs & Worc’s canal and resume our World Cruise of the Inland Waterways.


We shall sail south down the river just as soon as the winter restrictions are lifted on the river locks. That will be the start of April. We will spend some time on the – Sharpness canal. It is a nice place to be in the spring and we should be able to watch some of the Spring Severn Bores.
Posted by Daddy Cook