Boat Movement:   Birmingham to Curdworth.
Time to leave Birmingham, we have seen enough of it over the winter, we have bought all that we need and I want to get away from towns and cities for a while. We set off at 0800hrs this morning. Very early by my standards but we had a long day ahead of us. 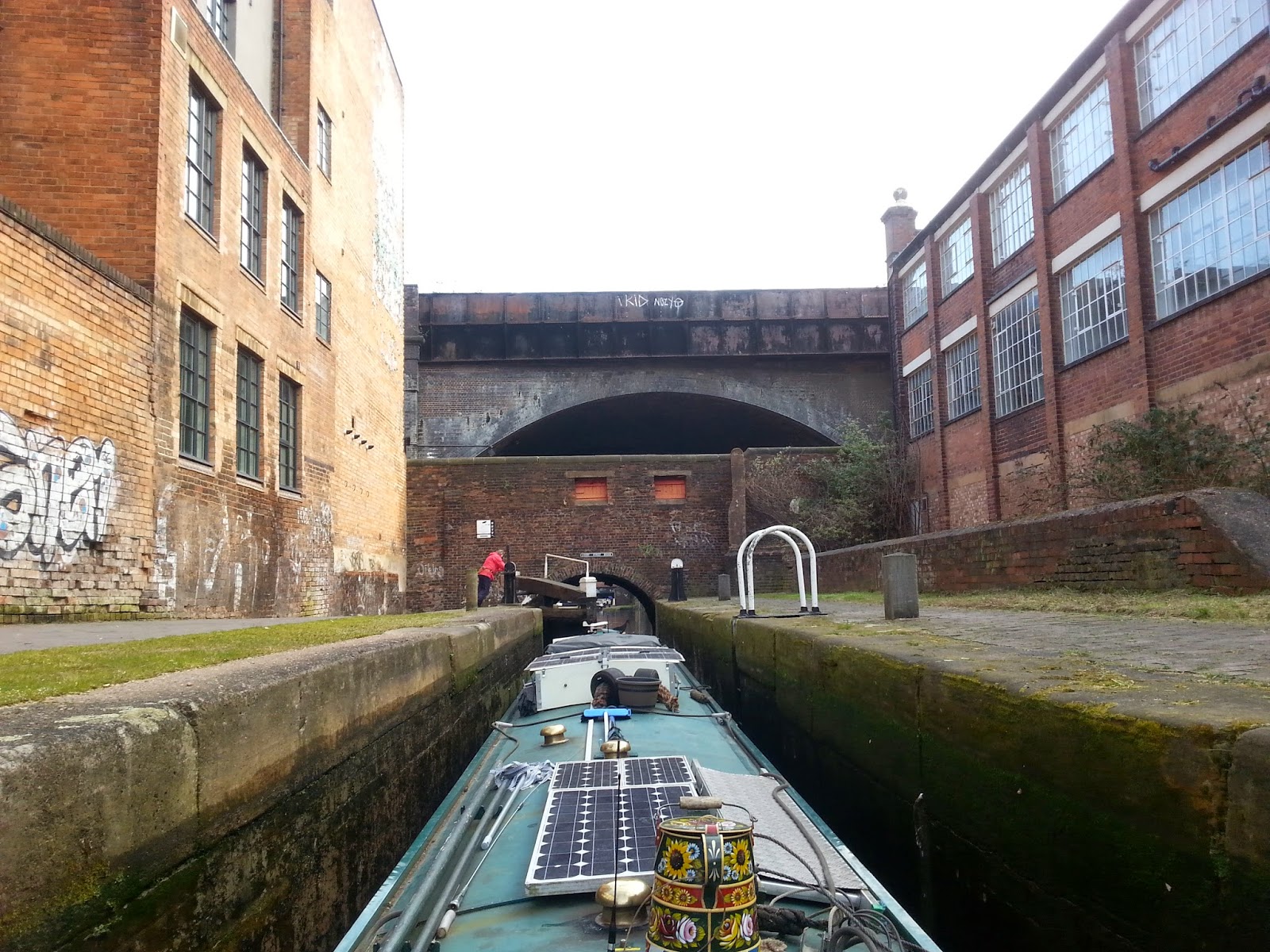 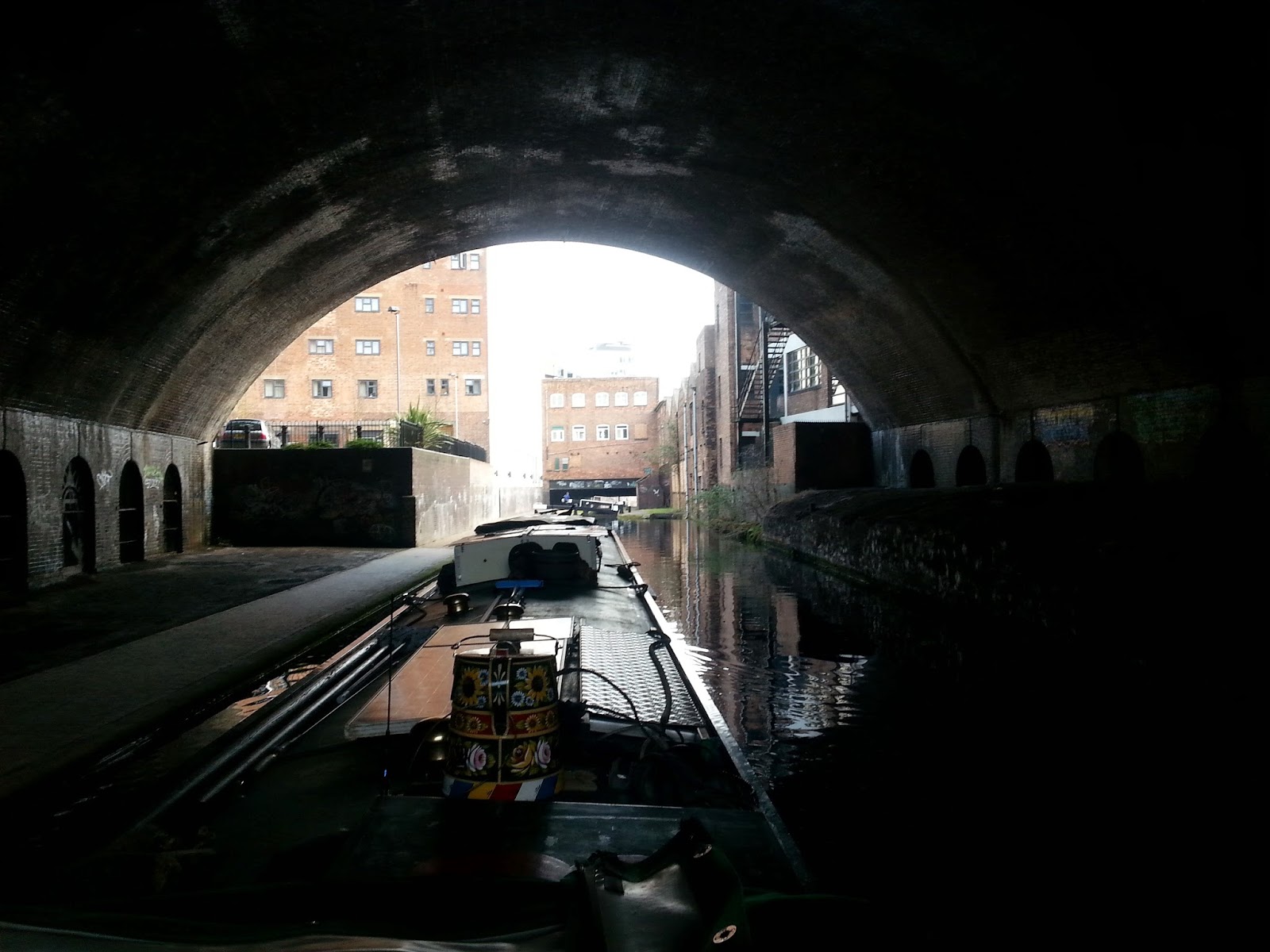 To get to where we want to be (Minworth is the first place I would consider for an overnight stop) we would have at least 27 locks and about 7 miles. Now that’s more than we would normally do. It was bright but unseasonably cold when we set off and within minutes we arrived at Farmers Locks; the first flight of 13 locks. We were very lucky as a CRT chap helped us down the complete flight and saved us considerable time and effort. The pound is about a mile long so that gave Pam a short rest and time to make us both Tea & toast before going down the Aston Flight of 11 locks. We progressed well down the flight even though all locks were against us. (Well that is normal anyway) 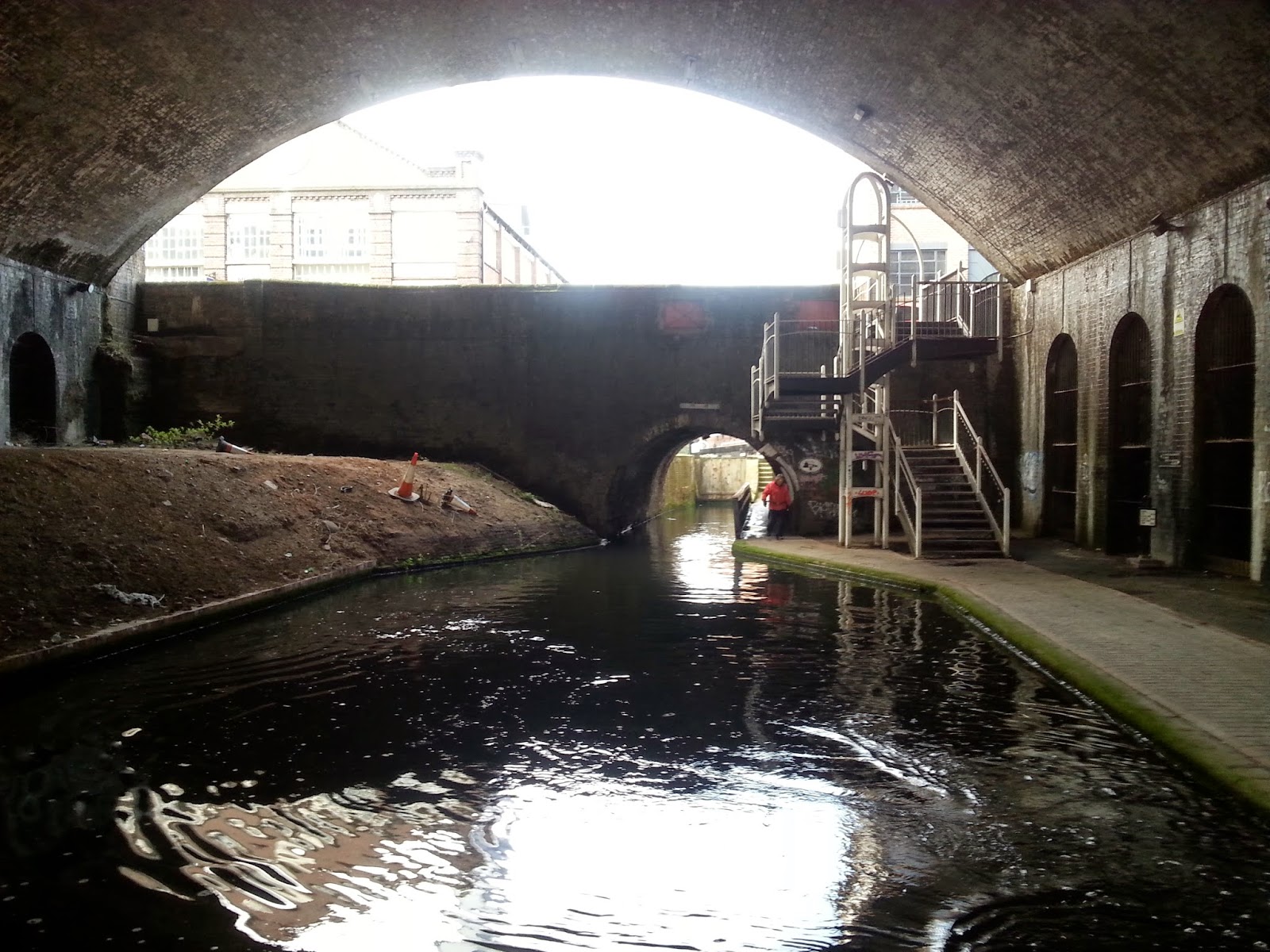 Once clear of the Aston flight we had a long pound and miles of lock free cruising. We did come across a mud hopper along the stretch that runs under the M42 that had come loose and was blocking the canal. I had to moor up and sort that out before we could continue. The Muppets that moored it was using string instead of rope and just to make matters worse they used about 6” of 2x2 wood as a mooring stake. The mind boggles. We did manage to find a chip shop on route and we called in. Well it would have been rude not to. They were rather nice, I’m not altogether sure that I believe Pam when she said that they were the calorie free chips. Slim-line chips – now there’s a fortune just waiting to be made. We went past our planed mooring spot and continued on to Curdworth visitor moorings. It is not the best moorings in the world, the towpath is black mud, it's in a cutting with overhanging trees but it will be fine for a night and so much quieter than Birmingham city centre.
We were travelling for six hours and we only saw one other boat travelling. Oh how that will change after Easter!